The condition of this vintage chair is very good with some traces of ware as any leather chair of this age would show.

The condition of the Ottoman on the other hand will need re-leathering unless you`re happy to leave it in this condition.

Industrial designer Dieter Rams was born in 1932 in Wiesbaden, Germany. During his formative years, he was greatly influenced by his grandfather who was a carpenter, and at the age of sixteen, he started a three-year carpentry apprenticeship. He went on to study interior design and architecture at Wiesbaden School of Art, graduating in 1953. His role models included many pioneers of modernism, like Ludwig Mies van der Rohe and Walter Gropius, and in the early 1950s, Rams worked on projects for Frankfurt architect Otto Apel and American architecture firm Skidmore, Owings & Merrill. Impressed with his passion for carpentry and architecture, Braun hired Rams as an interiors architect in 1955. His task was to modernize the company’s interiors, but he soon developed an interest in product design. By 1962, Rams was Braun’s Director of Design. 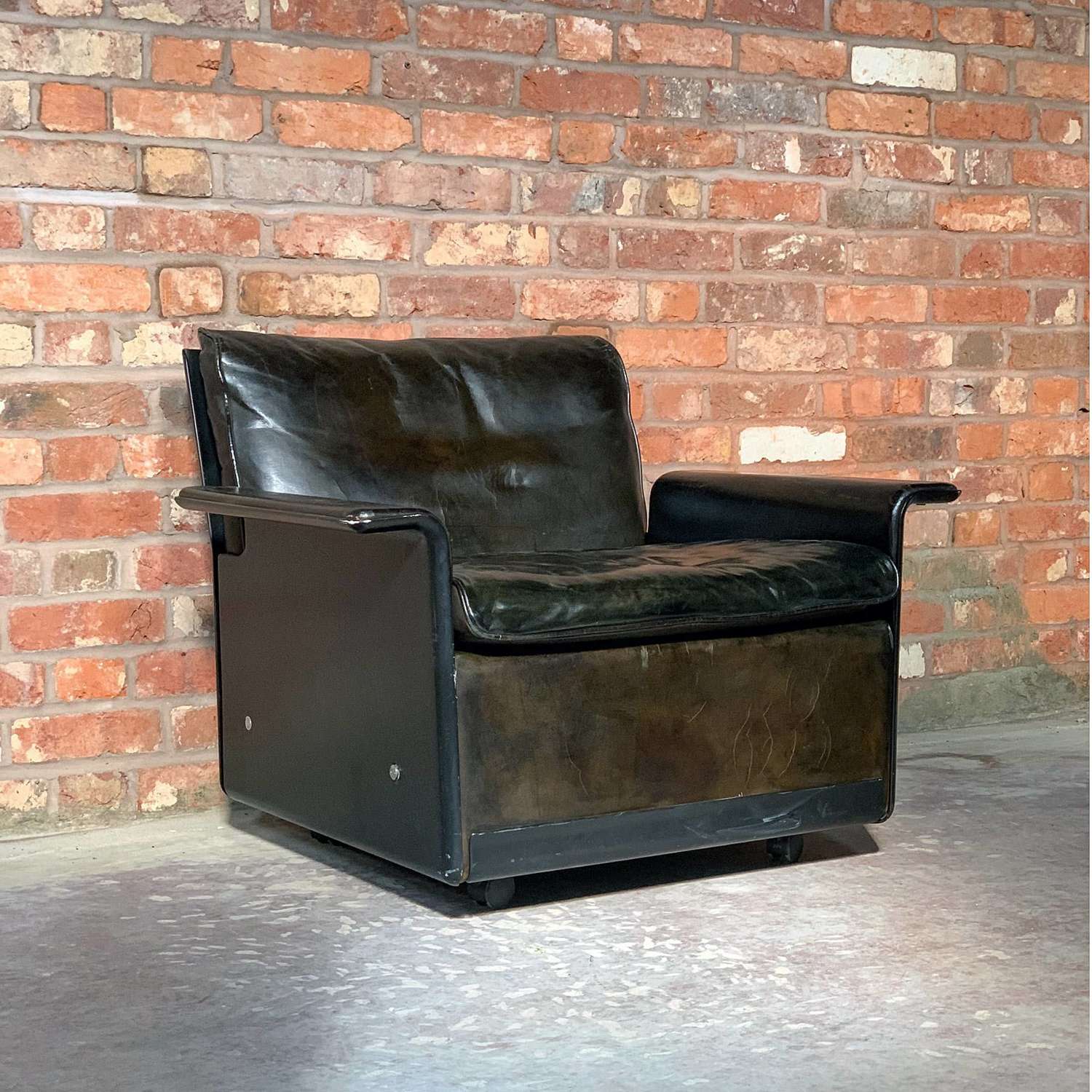 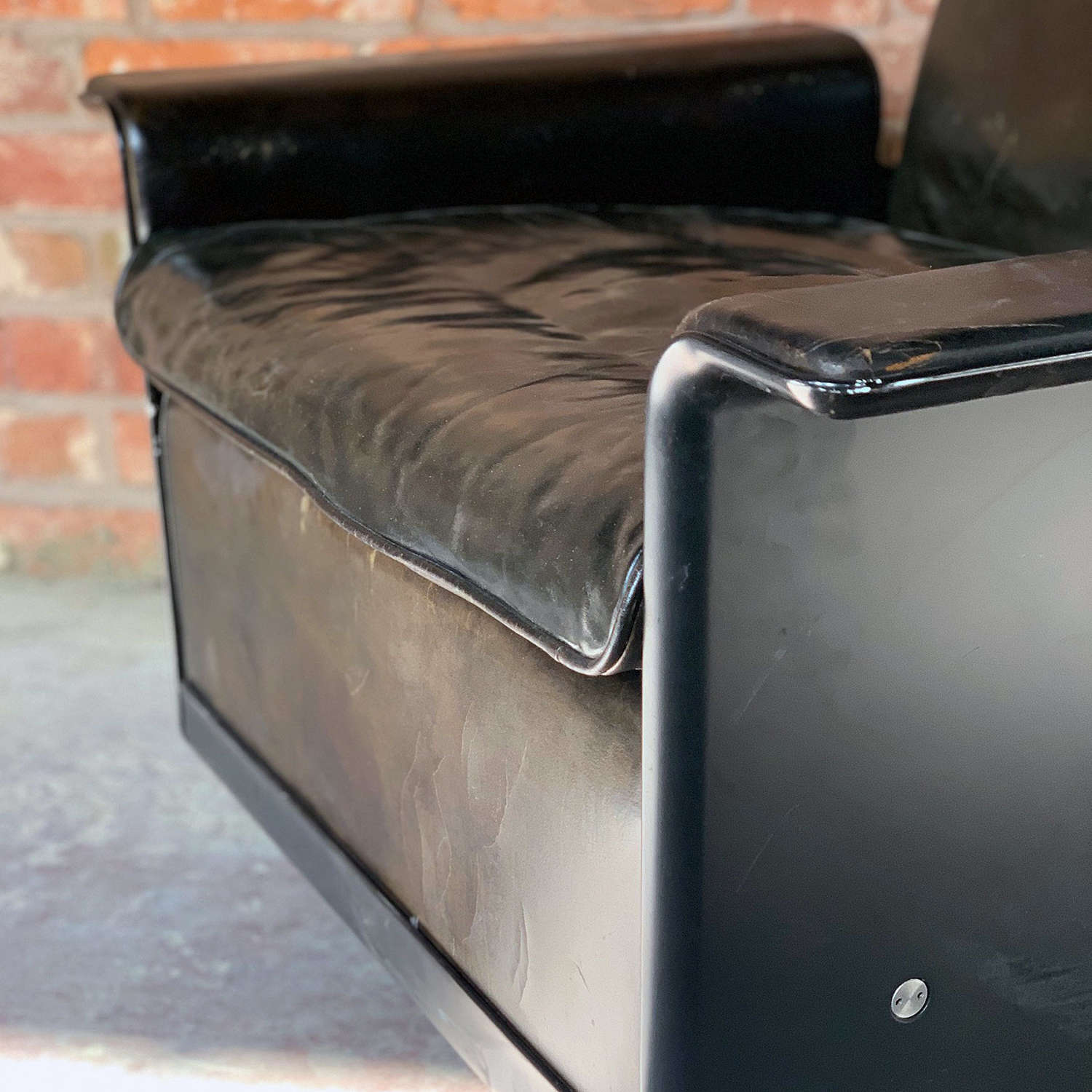 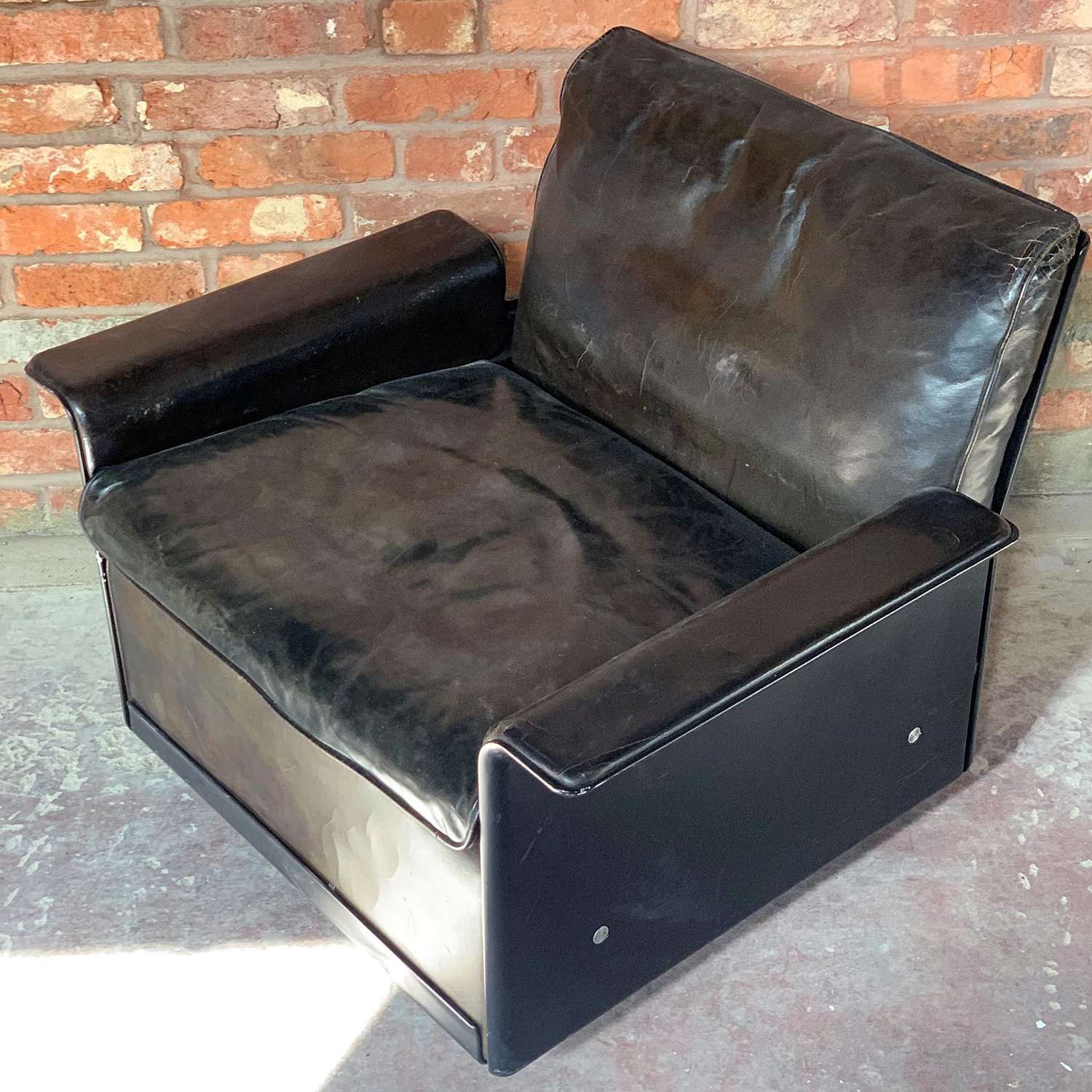 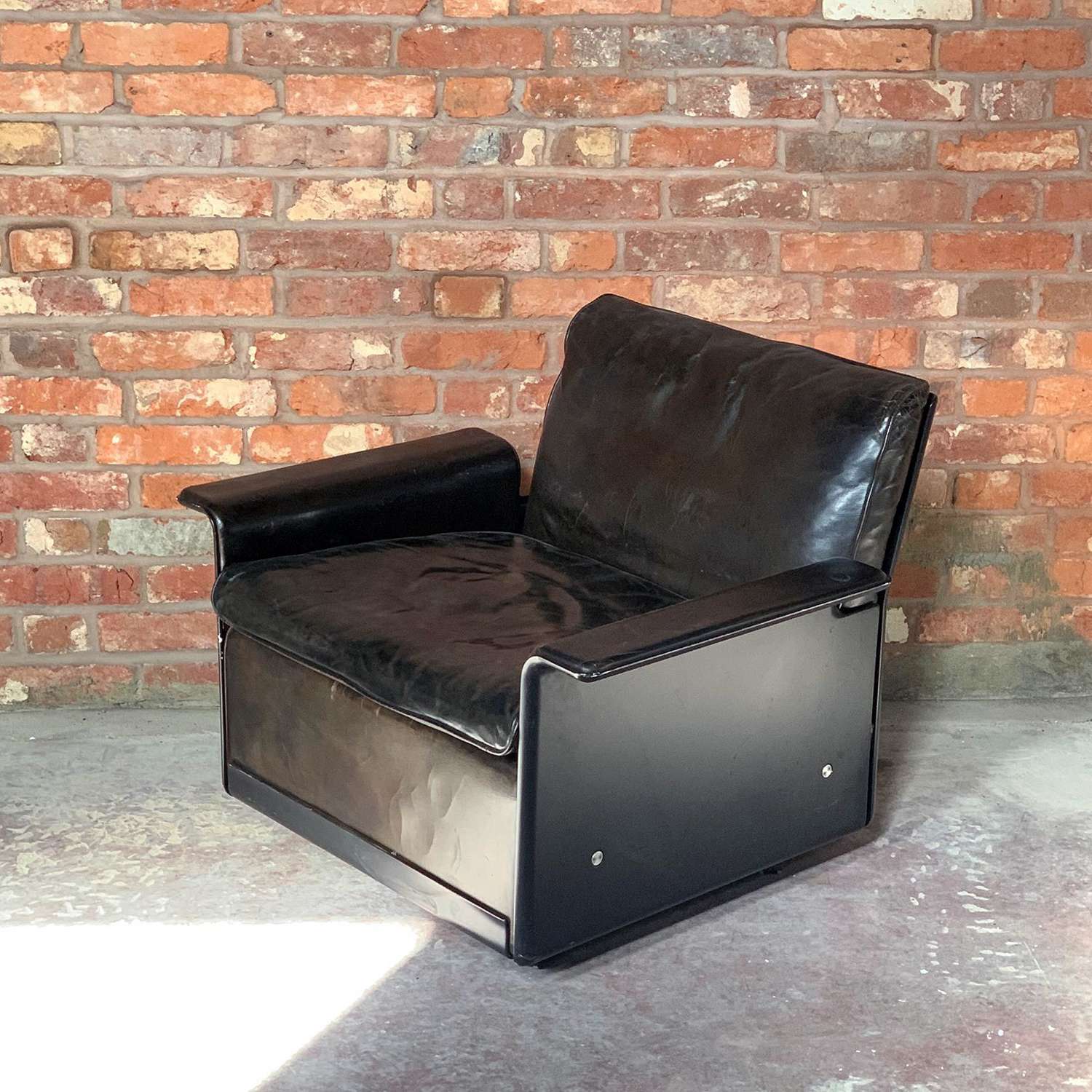 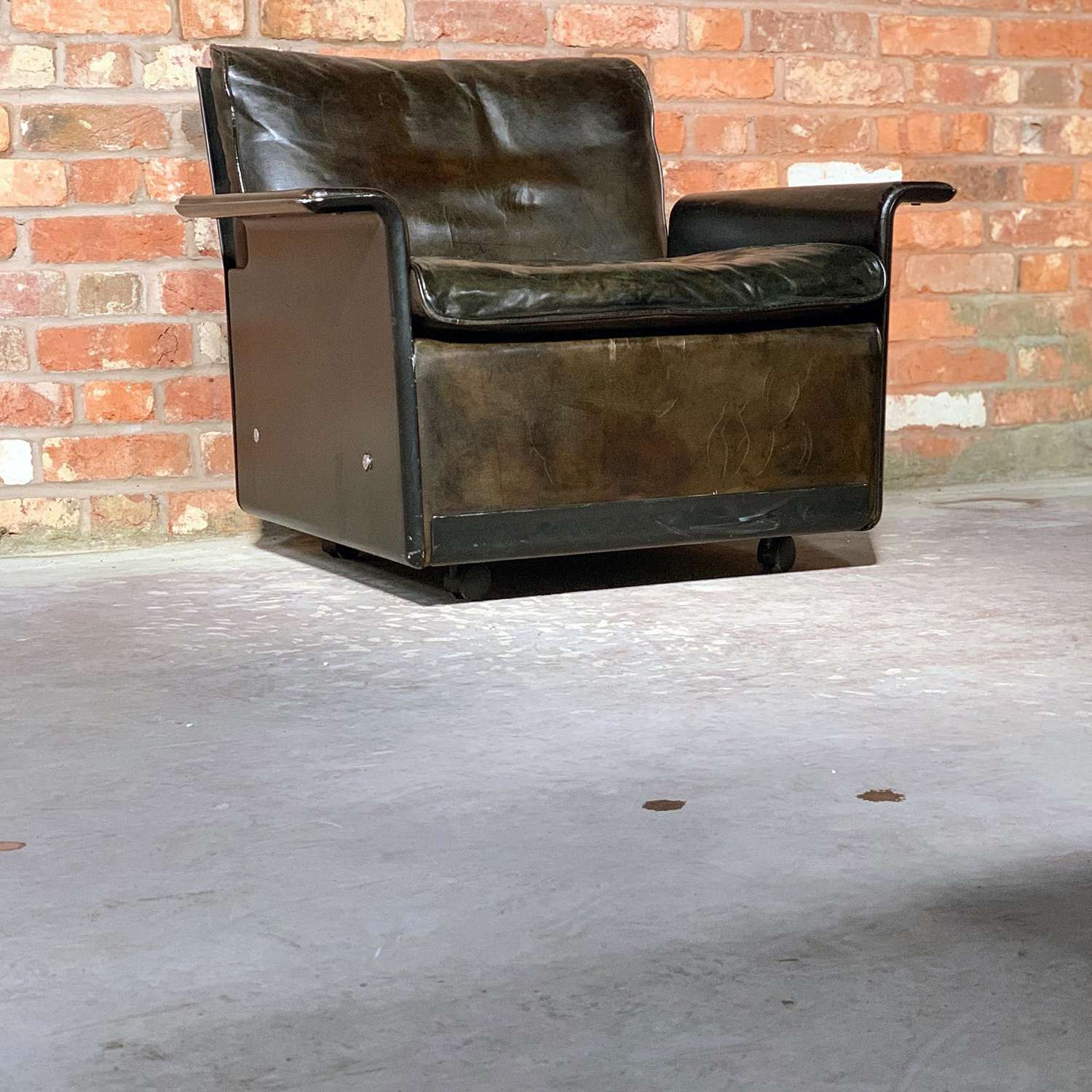 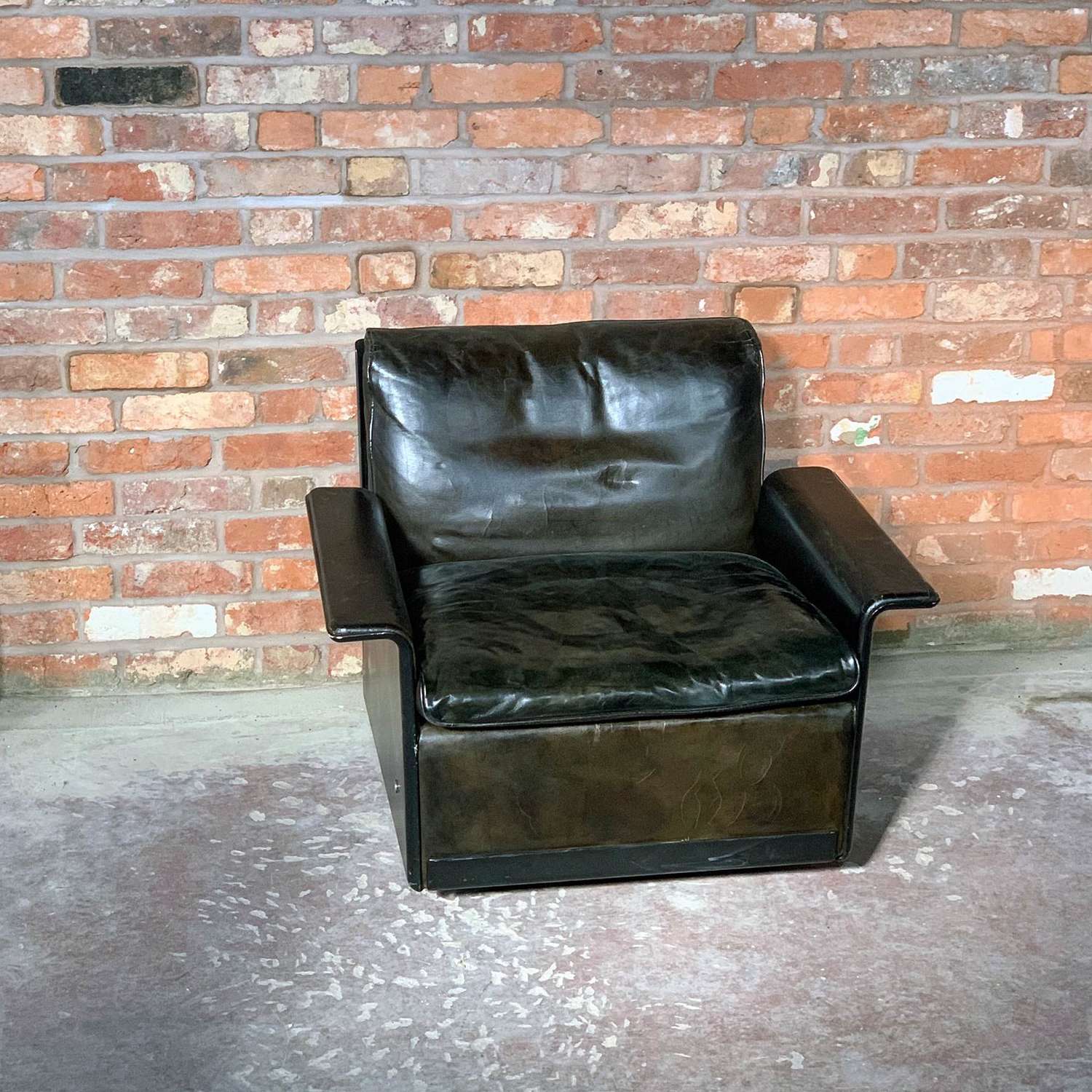 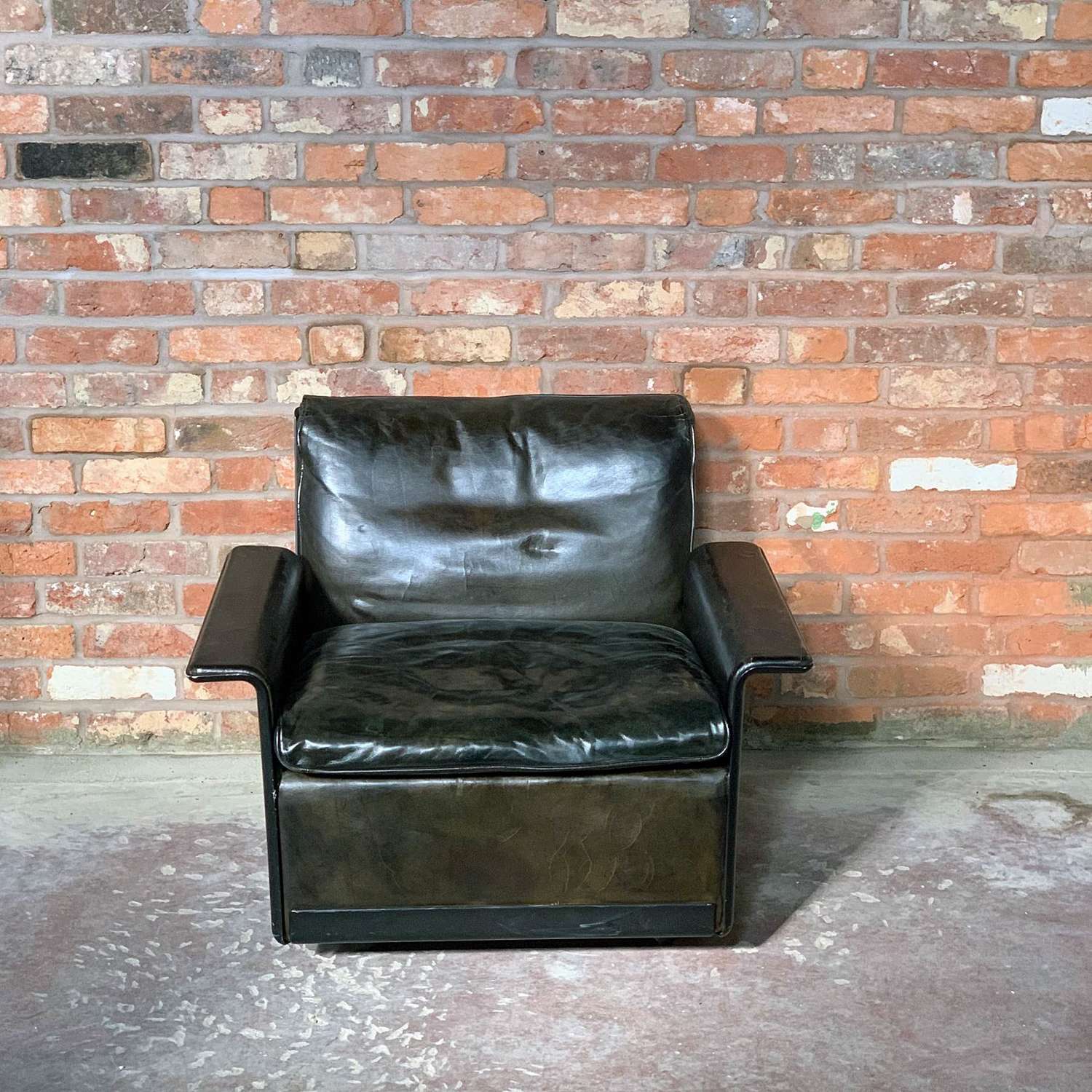 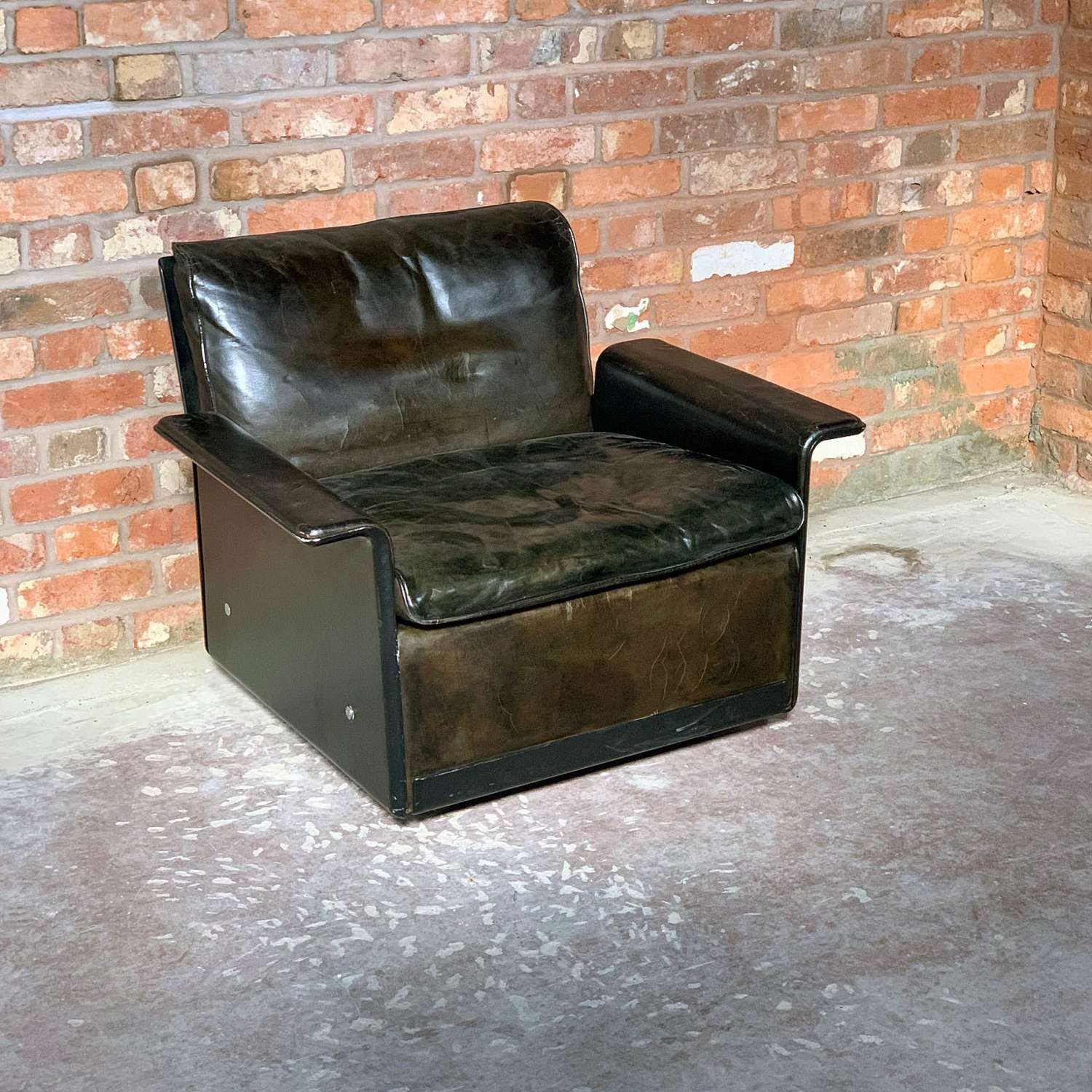 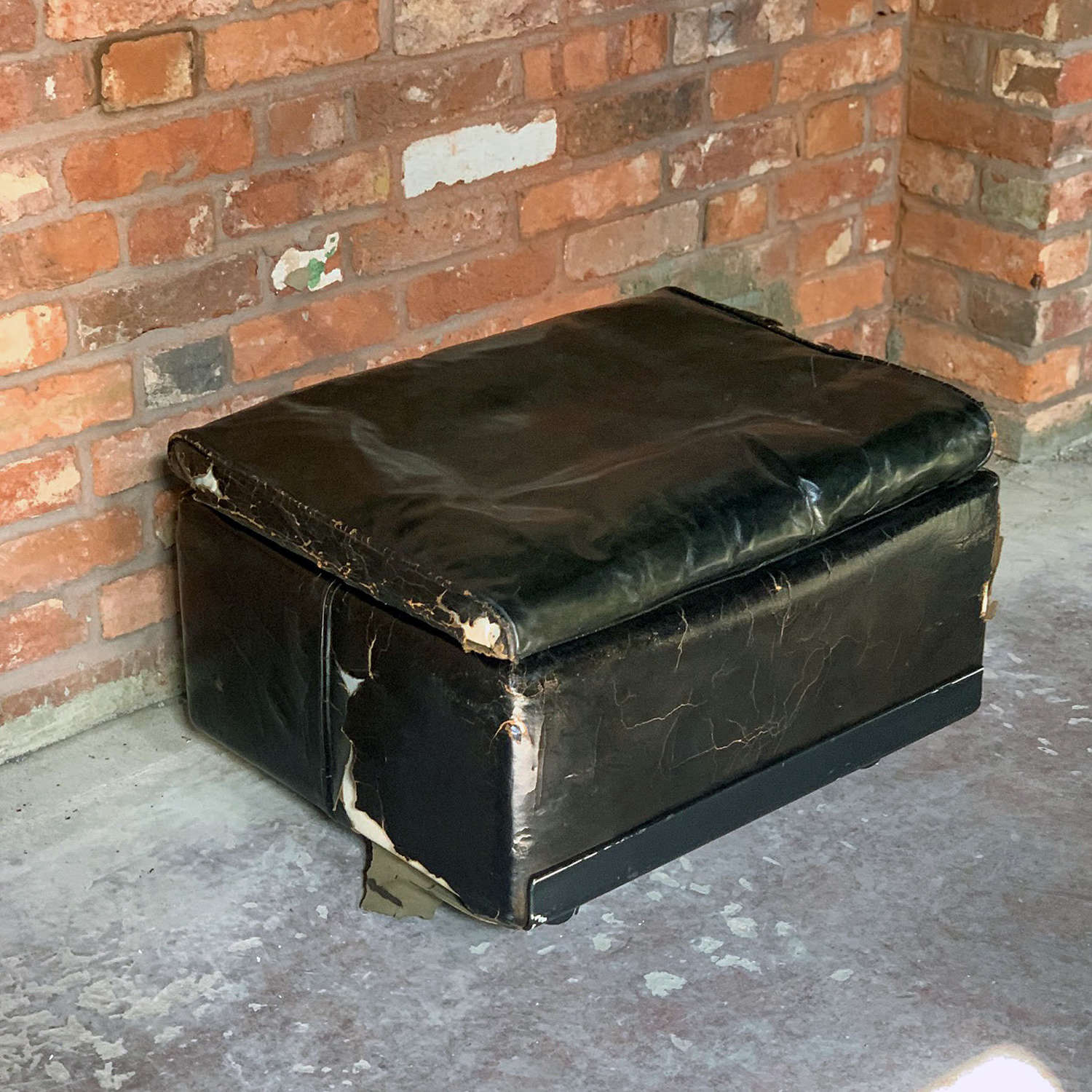 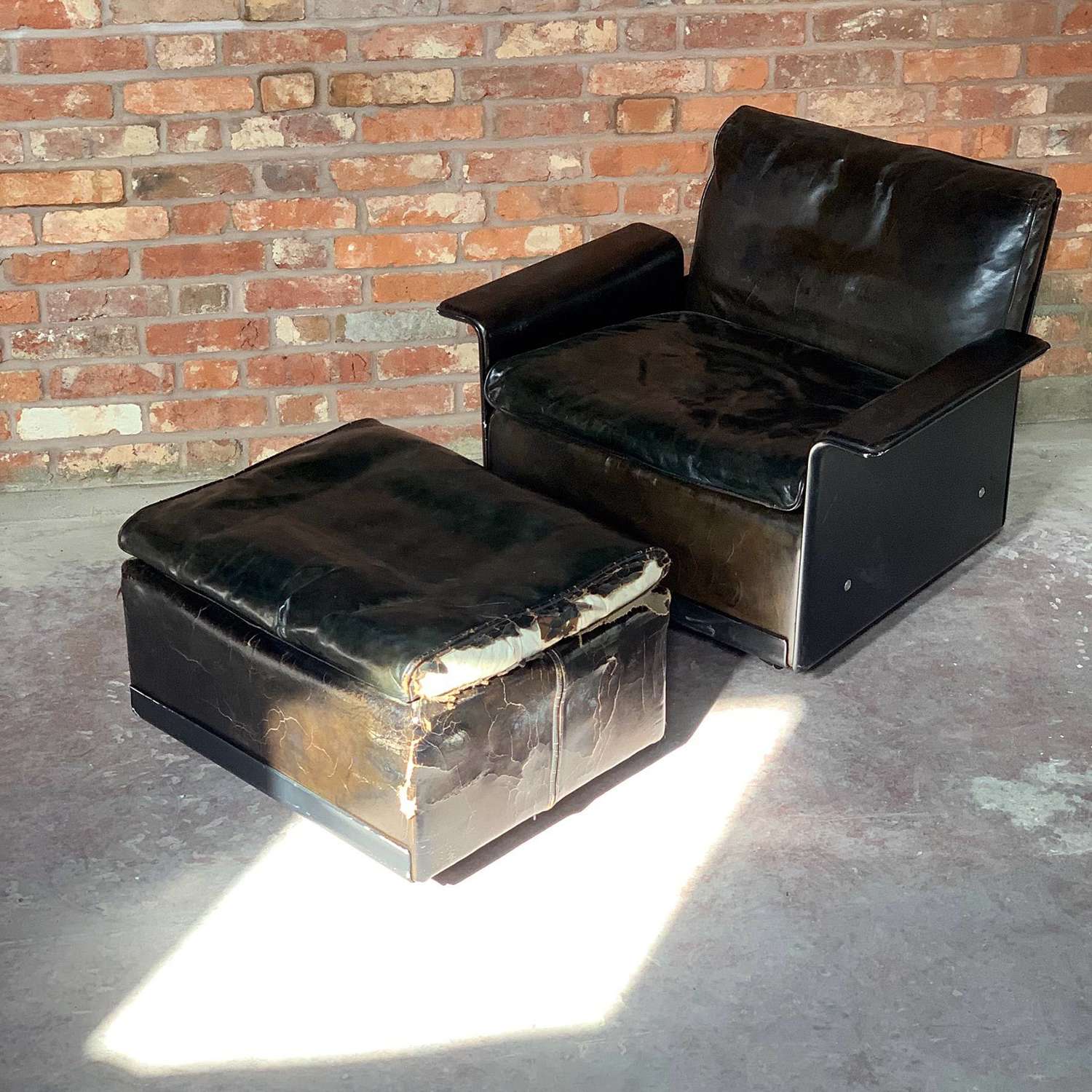