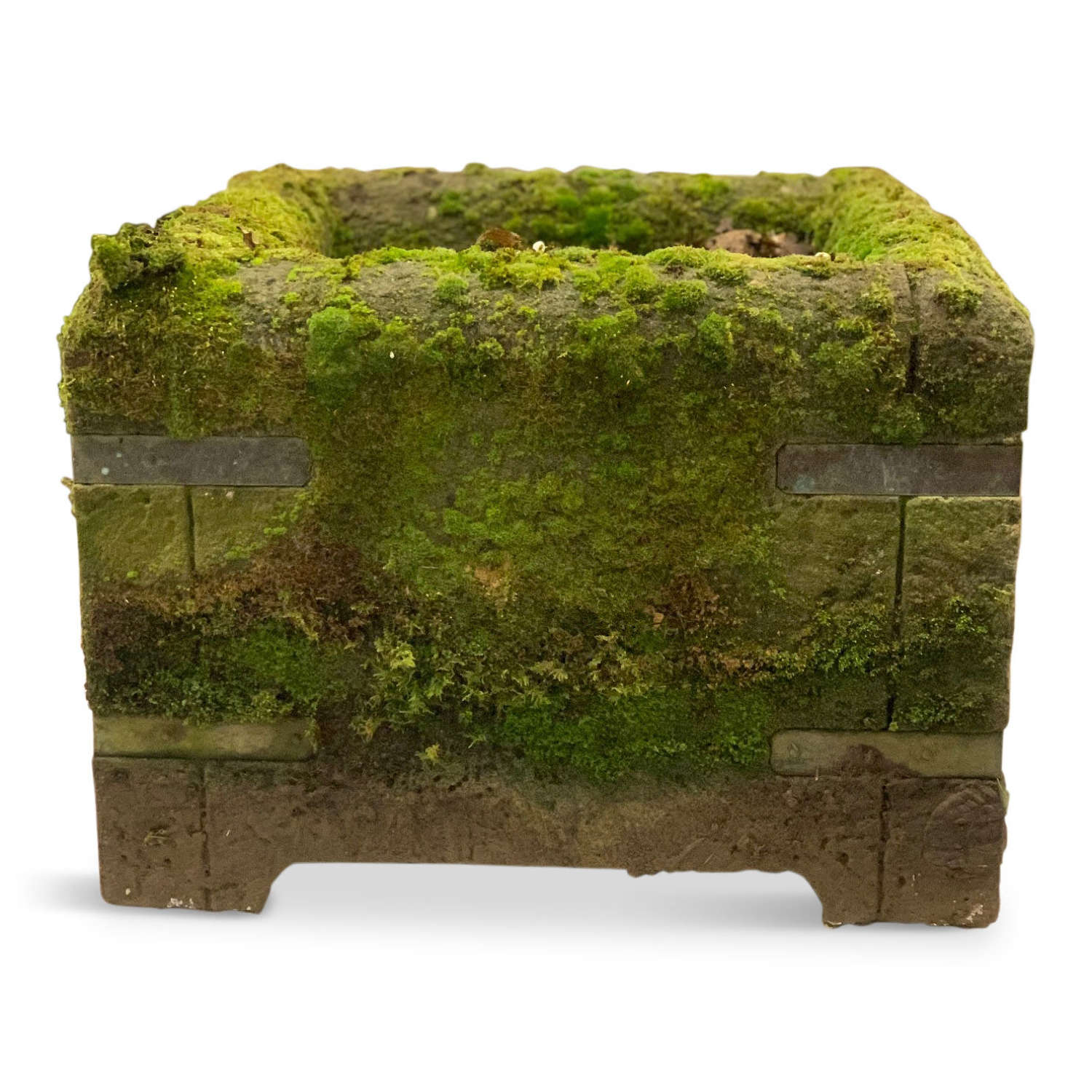 We have in stock approximately x6 pairs of this fabulous carved sandstone Planters/Troughs all purchased from a private home. The Planters/Troughs are 20th century and were purchased around the 1970's. Each Planter/trough has coloured and aged with Lichen and has a copper binding which really adds to the character.

Great if doing a large garden project as also have different models of urns and troughs all in pretty big runs and all from the same private home.