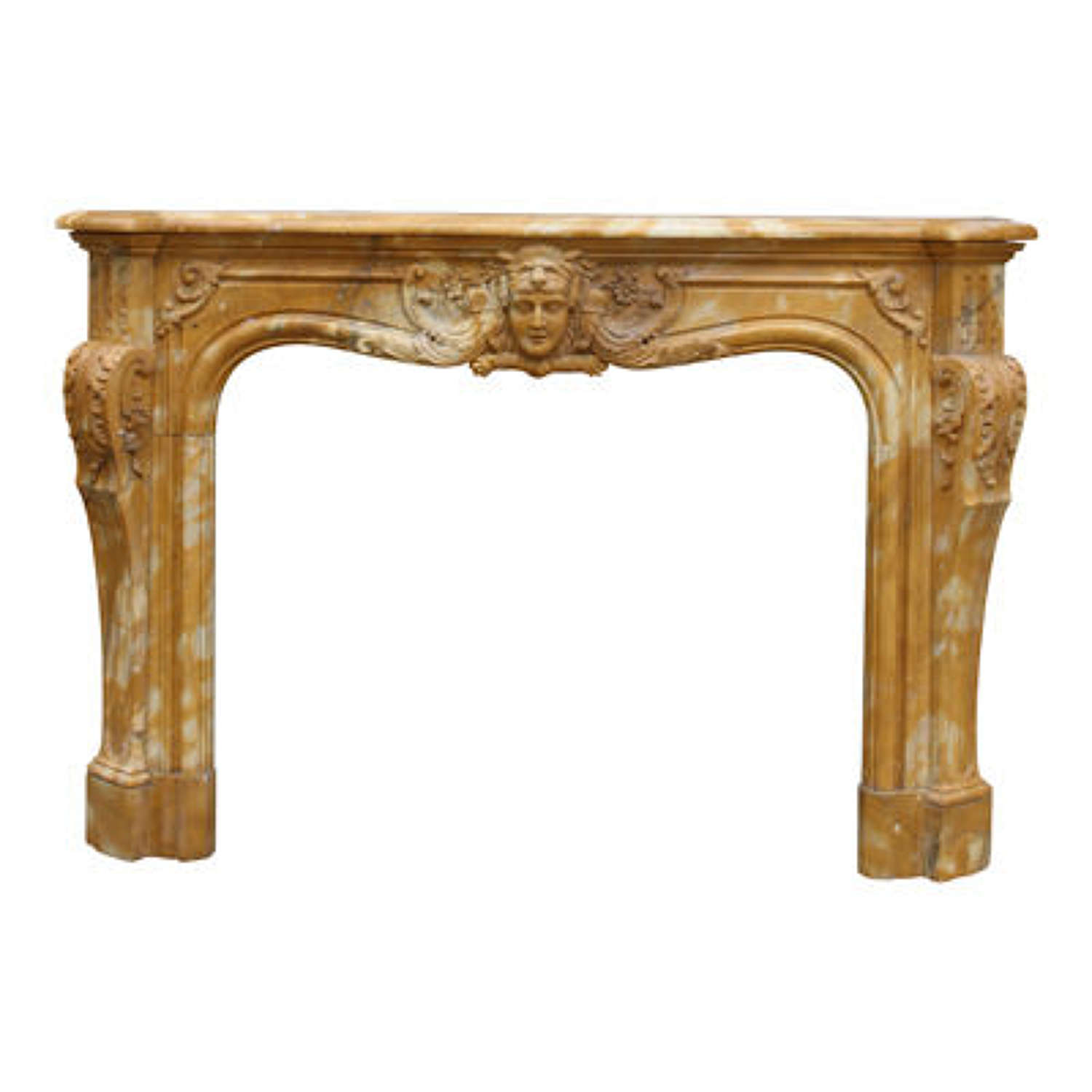 A mid 20th Century French Chimneypiece composed of pale Siena marble in the Louis XV manner. The jambs formed of elongated acanthus consoles below triglyph corner blocks above. The serpentine panelled frieze has a central classical mask with a lion trophy, flanked by scrolling acanthus, with an arc-en-arbolette shelf above. 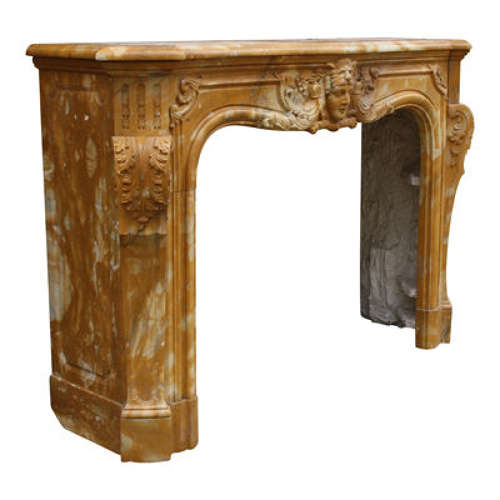 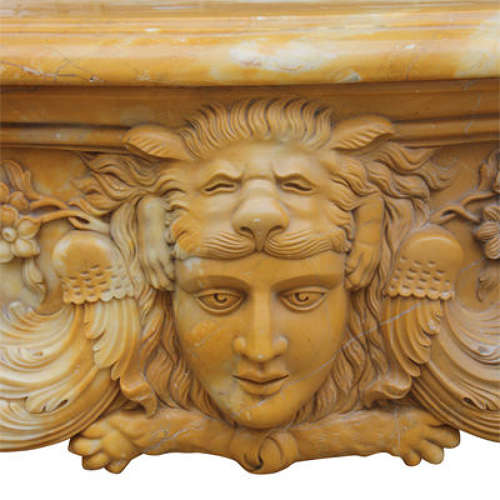 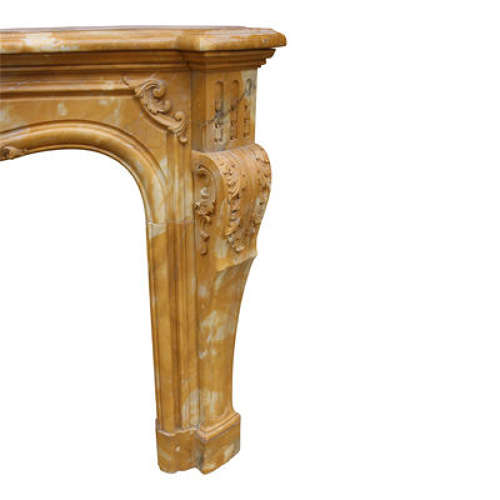