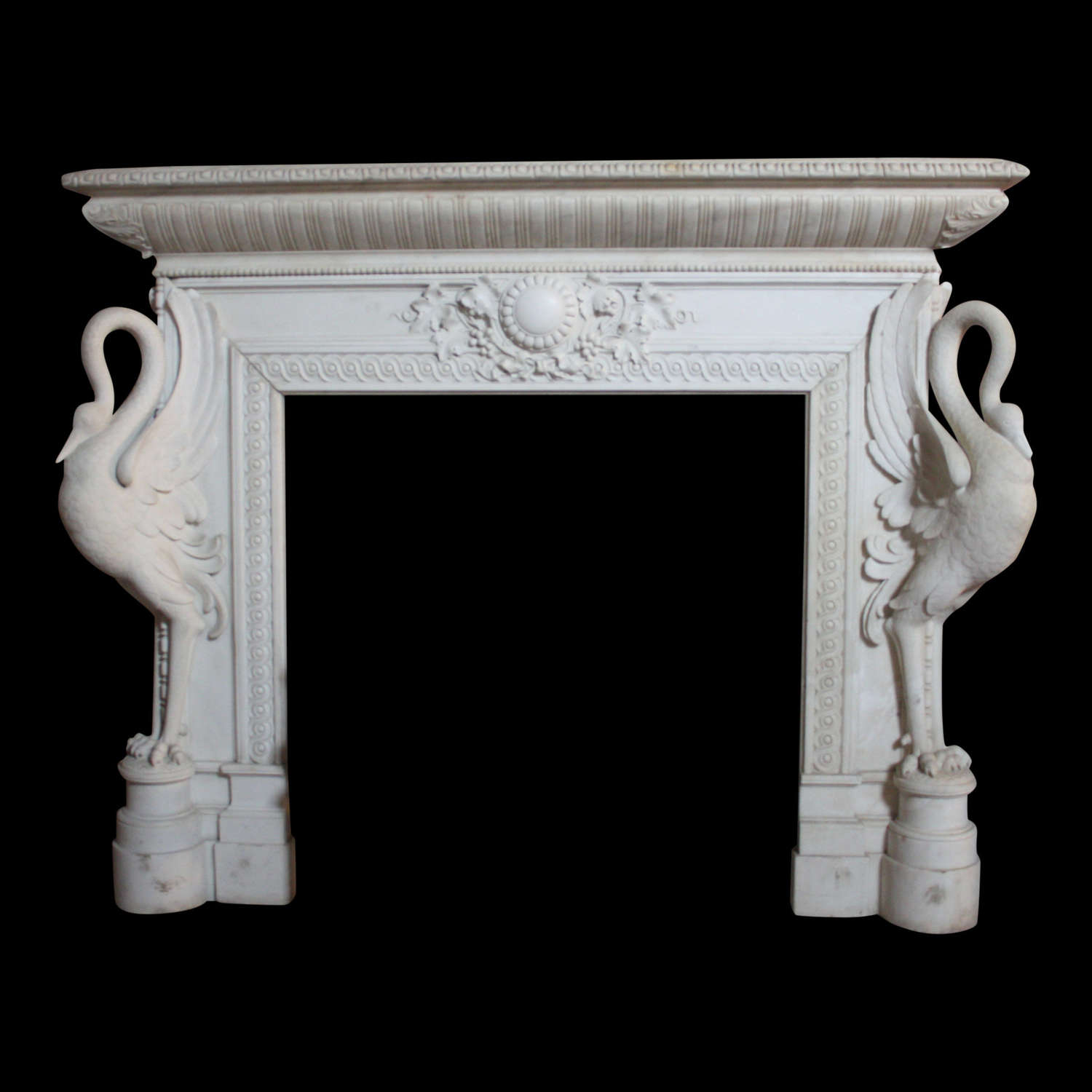 A Rare and Exceptional19th Century Italian Chimneypiece in Statuary Ma

A Rare and Exceptional19th Century Italian Chimneypiece in Statuary Marble.
The jambs are in the form of stylised cranes, standing on circular plinth blocks. Their wings are thrusting upwards, whilst their sinuous necks curl softly down onto their breasts.
Above the frieze there is a boldly gadrooned undermould, with acanthus terminals, below the carved upper shelf.
The frieze itself consists of a central cartouche formed of a striking circular rosette with twining grapes and vines spilling outwards. A delicate bead mould delineates the upper margin, whilst below, a flowing guilloche moulding frames the aperture.
In Oriental iconography, the crane represents longevity and peace, and is the most favoured symbol after the phoenix. During the time of the Imperial Chinese dynasties, crane motifs were used to denote the rank of officials. It has connotations of immortality, and in Taoist myths, ‘Xian’ were said to be able to transform from human to cranes in order to fly on various journeys. 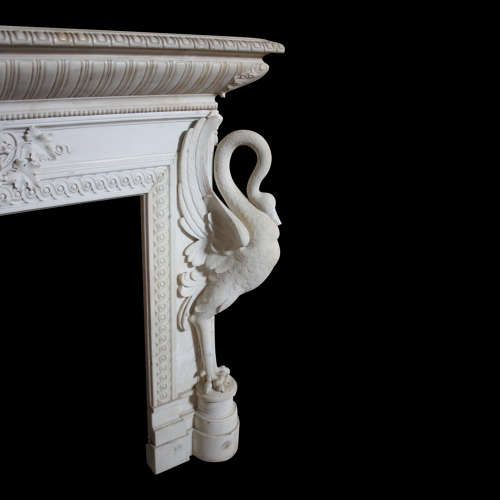 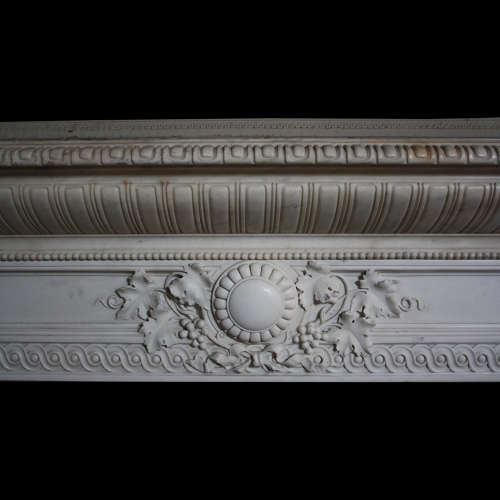 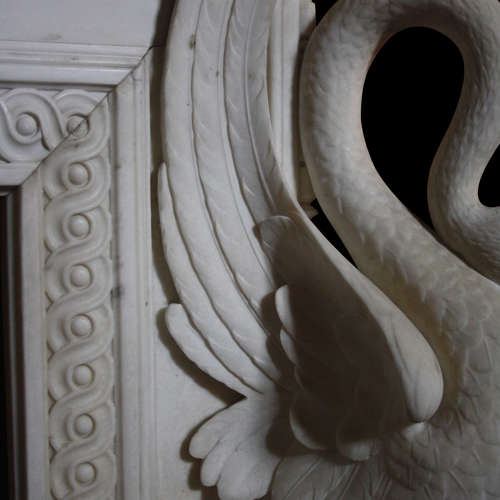 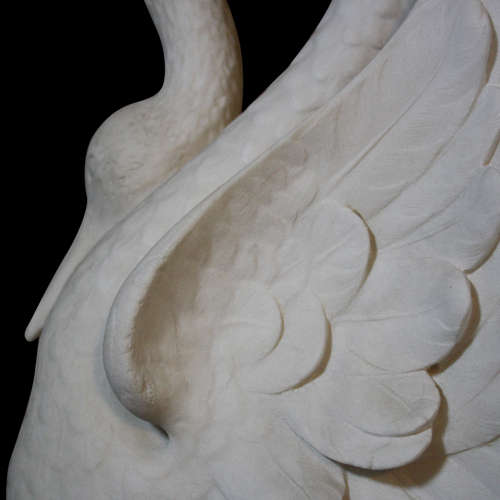 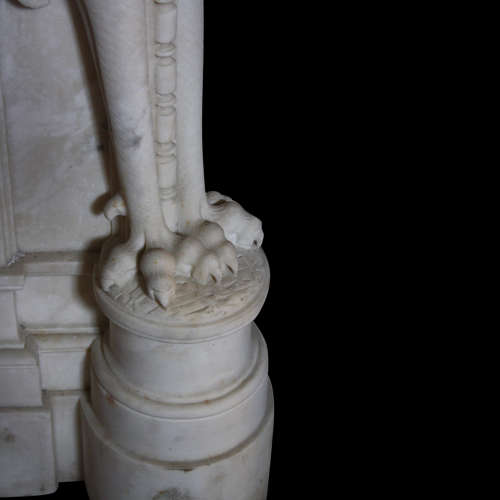 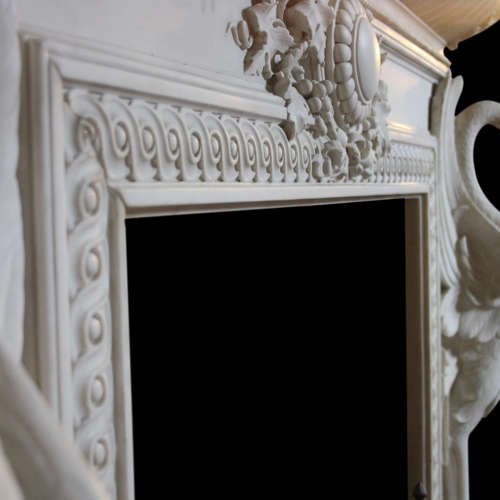 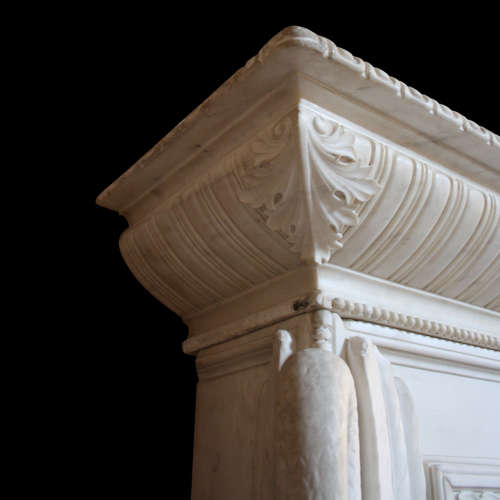 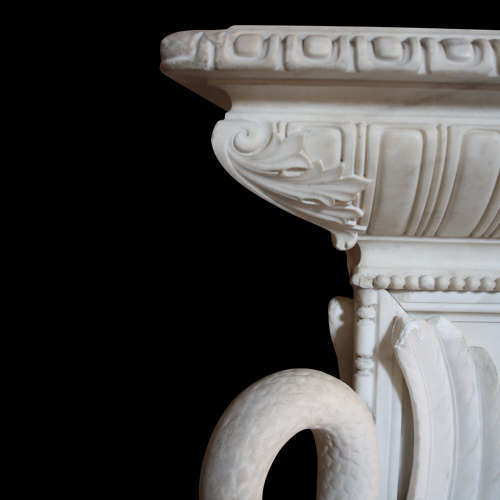